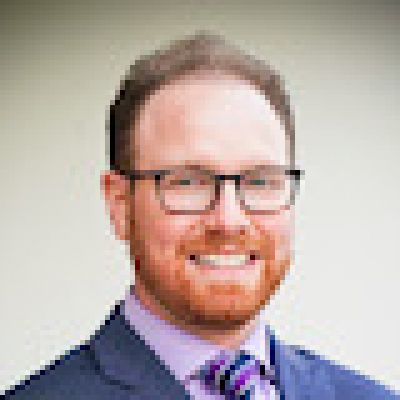 The Cook Political Report is pleased to introduce the post-2020 edition of the Partisan Voter Index (PVI) for all 50 states and 435 congressional districts. Although these district boundaries won't be in place for 2022's midterm elections due to upcoming redistricting, this dataset will serve as a useful baseline to compare old and new districts' partisan leanings once new lines are finalized next year.

First introduced in 1997, the Cook PVI measures how each district performs at the presidential level compared to the nation as a whole. We have released new PVI scores following every election and round of redistricting since 1996, each time taking into account the prior two presidential elections. This time, we teamed up with Dave Leip's Atlas of U.S. Presidential Elections to calculate 2020's results by district.

Most Republican and Democratic District

Biden wins more districts, but the fewest "crossover" districts ever.

In 2020, Joe Biden became the first Democrat to carry a majority of congressional districts since Barack Obama in 2008. Biden carried 224 of 435 districts, up from Hillary Clinton's 205 districts in 2016 and Obama's 209 in 2012. A small factor in Biden's edge: between 2016 and 2020, courts in North Carolina and Pennsylvania ordered new maps that were less favorable to Republicans.

2020's results also lay bare the decline in split-ticket voting. The House is extremely well sorted out: just 16 of 435 districts "crossed over" to vote for presidential and House candidates of opposite parties, down from 35 in 2016 and 108 in 1996. Today, there are nine Republicans sitting in districts Biden carried, and seven Democrats in districts Trump carried. This beats 2012's record low of 26 districts.

In this new era of parliamentary voting patterns, House elections have increasingly become censuses counting blue and red voters in a given area rather than contests between two candidates of differing qualifications and backgrounds. And, the occupants of the few remaining "crossover" districts are at the top of each party's target lists in 2022, threatening to winnow their ranks further.

For once, a slight rebound in "swing seats"

The most striking House statistic of the last 25 years maybe the decline of competitive districts, places where members have the greatest political incentives to work on a bipartisan basis. In 1997, our Partisan Voter Index scored 164 districts between D+5 and R+5, more than a third of the House and greater than the number of strongly Republican (148) and strongly Democratic (123) districts.

After the hyper-polarized 2016 election, there were only 72 districts between D+5 and R+5 - less than one-sixth of the House and a 56 percent decline since 1997.

However, in 2020, for the first time since we launched the PVI in 1997, the number of "swing seats" rebounded slightly from 72 to 78. That still pales in comparison to the numbers of solidly Republican (192) and Democratic seats (165). But the uptick speaks to two converging trends that could either prove unique to the Trump era — or a very early sign the nation's geographic polarization is peaking.

First, there were 11 districts that moved from "strongly Republican" (R+5 or more) to "swing" territory in 2020 — pretty much all anchored by highly college-educated suburbs that revolted against Trump. Five of these districts are in Texas, and others include those captured by Democratic Reps. Lucy McBath (GA-06), Lauren Underwood (IL-14) and Abigail Spanberger (VA-07) in the 2018 "blue wave."

Something nearly all these districts have in common: back in 2011, they were drawn by partisan mapmakers to be "safe" for one party. But by the end of the decade, larger trends and shifts in voters' attitudes had unraveled those designs.

However, the 2021-2022 redistricting process could push back against this pro-competitive tide. Republicans in Texas and Georgia, for example, could redraw "eroding" suburban seats to boost their GOP performance. And the increasingly purple blue-collar seats could be radically altered or even eliminated. Then again, we could be talking about new districts "unraveling" ten years from now.

The impact of redistricting vs. self-sorting of the electorate

It's become fashionable to blame gerrymandering for polarization and Congress's ills. In truth, redistricting is only responsible for a fraction of the decimation of swing seats over the past few decades. The bigger factor? Voters' self-sorting.

In many minimally altered districts, the electorate has simply become much more homogeneous. For example, the boundaries of West Virginia’s 2nd CD have barely changed since 1997, but its PVI score has shifted from EVEN to R+20 as its voters have moved away from national Democrats. Likewise, Albuquerque’s migration to the left has bumped the PVI score of New Mexico’s 1st CD from R+1 to D+9.

The Cook PVI illustrates how voters’ natural geographical sorting from election to election, much more than redistricting and gerrymandering, has driven the polarization of districts over the last two decades. Our 12 unique sets of PVI scores over the past 25 years give us a powerful tool to isolate and quantify the impacts of sorting and redistricting on the makeup of House districts.

A big driver of the House's growing "play-to-the-base" psychology: over time, the two parties’ constituencies have drifted even farther apart: today's median Democratic-held seat has a PVI score of D+12, up from D+7 in 1997. The median Republican-held seat has a PVI score of R+12, up from R+7 in 1997. In other words, the gap between the two parties’ median districts has grown from 14 to 24 points.

This is not to say redistricting hasn’t had a big impact. Sorting has enhanced partisan mapmakers’ ability to partition states into safe seats. And on a net basis, redistricting has helped bolster Republicans: the number of Republican (R+5 or greater) seats has grown by 12 as the result of changes to district lines, while the number of Democratic (D+5 or greater) seats has increased by just four.

Democrats also suffer because their voters are disproportionately clustered on the map. The most Republican district in the country is Rep. Robert Aderholt's AL-04, with a score of R+34. But Democrats hold 15 districts with a PVI score of D+34 or greater. Overall, 230 of 435 House seats are more Republican than the national average, forcing Democrats to win some GOP-leaning seats to win a majority.

The “trading range” of what constitutes a truly competitive seat has narrowed over the past three decades as split-ticket voting has declined. In 1997, Republicans held 12 of the 43 seats between D+2 and D+5 and seven of the 123 seats greater than D+5. Meanwhile, Democrats held 18 of the 53 seats between R+2 and R+5 and 11 of the 148 seats greater than R+5, including several in the Deep South.

But today, straight-ticket voting has almost totally taken over. Republicans hold just three of the 24 seats between D+2 and D+5 and just one of the 165 seats greater than D+5. Democrats hold eight of the 20 seats between R+2 and R+5 but just two of the 192 seats greater than R+5. The chart below illustrates how much more “sorted out” the House is now than it was 20 years ago:

Today, it takes considerable personal appeal to win a House election in a district that fundamentally favors the opposite party. There are several members on both sides who have successfully run “against the grain.” The chart below highlights the current House members who overperformed the top of the ticket in their district by the most in 2020, as well as those who underperformed Biden or Trump by the most.

The Trump era reordered the political map. Of the 25 districts that shifted most dramatically towards the GOP in our newest PVI, five are in Ohio and another three are in Iowa, with two each in northern Minnesota, South Florida, South Texas and Michigan's Thumb. Surprisingly, one of the top pro-GOP movers was the nation's most Democratic district in 2017, the New York's Bronx-based 15th CD.

Meanwhile, nearly all the top 25 most Democratic-trending districts are anchored by affluent suburbs - including ten in Texas, three in Georgia, three in Southern California. All four Utah districts make the list, a reflection of Donald Trump's weaker appeal in 2016 and 2020 relative to Mitt Romney's in 2012. Rep. Lucy McBath's GA-06 swung from R+8 to D+1, the biggest shift of any in the country.

In August of 1997, The Cook Political Report introduced the Partisan Voting Index (PVI) as a means of providing a more accurate picture of the competitiveness of each of the 435 congressional districts. Using the 1992 and 1996 major-party Presidential voting results, the PVI measured how each congressional district performed compared to the nation as a whole.

Using the results of the 2016 and 2020 elections for current boundaries that first took effect in 2012 (or later, in the case of court-ordered maps in Florida, North Carolina, Pennsylvania and Virginia), we have updated these PVI scores to use as a baseline to evaluate how districts shift as a result of post-2020 census redistricting in the run-up to the 2022 midterm elections.

The index is an attempt to find an objective measurement of each congressional district and state. While other data such as the results of senatorial, gubernatorial, congressional and other local races can help fine-tune the exact partisan tilt of a particular district, those kinds of results don’t allow a comparison of districts across state lines. Only presidential results allow for total comparability.

To determine the national average for these latest ratings, we have taken the average Democratic share of the two-party presidential vote for 2016 and 2020, which is roughly 51.7 percent. So, if Hillary Clinton carried 55 percent of the two-party vote in a given district in 2016 and Joe Biden carried 58 percent in the district in 2020, the district would have a PVI score of roughly D+5.

Following each election and round of redistricting, presidential results are compiled to generate PVI scores for each congressional district. In a few states, these results are aggregated by district by state and/or local election authorities. However, in others they are not, and the reported election results do not account for some votes that are reported centrally and not redirected back to the voter’s precinct.

The record-shattering numbers of early and absentee ballots cast in 2020 compounded the challenge of allocating presidential results to districts in some states. Dave Leip's Atlas of U.S. Presidential Elections used best estimates in the case of split precincts and counties, splitting unallocated presidential votes in proportion to the party vote totals for congressional candidates where applicable.

House GOP Primary Risk Factors: How Trump-Aligned Will Republicans Be in 2023?

An Insider's Take On the Fox-Trump Dynamic

Jessica Taylor: What Can Presidential Election Results Tell Us About the Midterms

House GOP Primary Risk Factors: How Trump-Aligned Will Republicans Be in 2023?