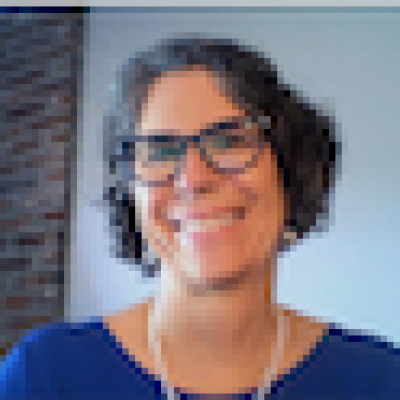 Note from Charlie Cook: We don’t often publish pieces not written by our team and contributing editors, but Wendy's advice is exactly what we need right now.

While Election Day in a presidential election year seems like the ultimate partisan event, at its heart, it reflects this nation’s bipartisan spirit. Not only is it a time we make decisions we feel are best for our country, but it’s also a time that citizens of all political stripes serve as our nation’s election workers, usually in bipartisan teams.

Sure, this year’s political discourse and COVID-19 have contributed to higher blood pressure and collective angst. Concerns about election rules dominate the conversation, ranging from mild hand wringing to shrill alarm. My inbox—I'm the director of elections for the National Conference of State Legislatures—is full of questions illustrating that anxiety.

Voters ask: How do I vote? (“It’s never seemed this hard before!” they write.) How can I be a poll worker? Should I trust the results of the election?

Reporters ask for details on state laws that govern poll watchers, absentee ballots cast by people who die before Election Day, deadlines for receiving and processing absentee ballots, how polling places will protect workers and voters from COVID-19, and even what the role of police might be on Election Day.

The through-line of all these queries is a drumbeat of uncertainty, what-ifs and fears.

Anti-alarmists (and I count myself among them) may be saying, “Don’t worry, there’s nothing to see here.” But no one likes being told not to worry, so that message isn’t quelling the collective anxiety. What might calm Americans, though, is to know that election professionals—secretaries of state, state and local election officials, state legislators (who are the nation’s policymakers on election processes), and general election geeks—are living by the law, “Hope for the best and prepare for the worst.”

Preparing is exactly what’s been happening all year long. COVID-19 has forced every state in the nation—and the territories too—to review their voting laws to see how they hold up in modern times and under pandemic conditions. Virtually all states have revised their absentee/mail voting procedures this year to temporarily or permanently adjust for these strange times. The goal: More clarity on the entire process for the voter and for the administrator—and a successful (which is to say, safe and error-free) election.

I believe we have reason for cautious optimism. Election administrators throughout the nation are making their lists and checking them twice (or as often as necessary). All states have provided guidance on public health and safety, trained local jurisdictions on the fine points of their laws, and connected with the Department of Homeland Security on the cyber front.

Polling places will be open on Election Day, and they’ll be safe. Many states have early in-person voting available too, to “flatten the curve” of voting (and reduce lines at the same time).

That’s not to say there won’t be any problems—long lines, crashed voter registration systems, power outages, who knows what? There has never been an election without such mishaps. But states have built-in resiliency and are prepared to find workarounds when the inevitable happens. And they can count on their bipartisan teams to do the real work of running an election: checking eligibility status, handing out ballots, demonstrating how voting equipment works and handing out “I Voted” stickers. Even further behind the scenes, bipartisan teams set up polling locations, review signatures, lock up and transport voted ballots—virtually everything in an election is done in teams of two.

The decisions they collectively make will directly affect all Americans’ day-to-day lives. In addition to voting on the president, 80% of state legislators are up for election this year, as well as thousands of other federal, state and local offices.

My mantra this year—and what I’m encouraging my team to think about, and the electorate as well—is that we can stay calm and trust the process, knowing that our election policymakers and administrators have prepared us well for this nationwide bipartisan event.

Wendy Underhill is the Director – Elections and Redistricting for the National Conference of State Legislatures (NCSL).