What We Know Wednesday Morning: Electoral College and Senate 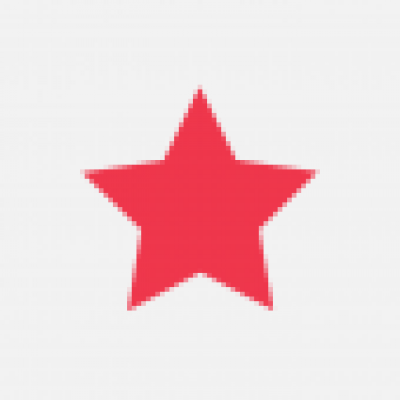 Here's what we know and what we think has happened/will happen in the battle for the presidency and Senate.

So who has the easier path?

Democrats remain bullish on the three "Blue Wall" states Pennsylvania, Michigan and Wisconsin based on the fact that so many of their votes have come in early and are still being counted. Trump's lead is a function of a strong Election Day vote.

Even so, we also know that there are likely to be legal challenges by the Trump campaign and GOPers about the validity of some of these ballots. It's not clear how many, at this point, would be under scrutiny.

So what happened? How did a steady, solid Biden lead in the polling and a President struggling under the weight of a pandemic and sitting at 43-45 percent approval rating turn into a nail biter?

Here's our first pass at explaining what happened. It will obviously be amended as we learn more (and quite frankly, get some sleep and have a chance to dig into the data).

A president trailing his opponent by close to 10 points going into Election Day should be considered a decided underdog in any other year. There's no doubt that expectations were a lot higher than what the reality turned out to be.

The reality is that only one state (Arizona) and one congressional electoral vote (NE-02) has flipped from 2016. There is also a good chance that Michigan, Pennsylvania and Wisconsin may as well. So reality may end up where many might have guessed a year or so ago.

2. A time of incredible change and amazing stability

For the last four years, we've seen chaos and once in a lifetime events (a pandemic and an economic collapse). And yet, opinions of the president haven't moved all that much. Pres. Obama said there are no blue state or red states. Biden said he'd be the president of ALL Americans. But, voters seem content to stick with their team.

3. The pandemic uptick didn't dampen turnout, nor did it hurt Trump.

Even as cases and hospitalizations rise in the US, even as a majority of voters give Trump poor marks on his handling of this crisis, this didn't have much of an impact on Trump's performance in the election.

It's biggest impact, it seems, is on Democrats. They are anxiously awaiting votes cast early by their voters in the key states of Pennsylvania, Wisconsin and Michigan: three states that are also new to absentee voting.

4. Trump doubled down on turning out his base. And, it has resulted in mixed results.

In states like Ohio and Iowa, Trump's strength in rural/small-town America helped him. In a state like Arizona, where 60% of the vote comes from suburban Phoenix, it didn't help him.

The AP VoteCast data (The AP's version of exit polling), found Trump improved his rural performance by 5 points — going from 59 percent to 64 percent. Meanwhile, in the suburbs, Biden is outperforming Clinton by 13 points. Trump's support in urban areas also improved by 12 points. That may prove critical as wait to see how cities like Detroit, Milwaukee, and Philadelphia perform.

While Democrats had multiple avenues to flipping the Senate, virtually all of them appear to have fallen or are set to fall short, with Republicans, in all likelihood, still holding onto the Senate majority. As of early Wednesday, Democrats have flipped two states — Colorado and Arizona — and the two we rated as Lean Democrat. And Republicans, as expected, flipped the Alabama seat. That leaves Democrats with just a net gain of one and short of the three they need if Biden does hang on and win the presidency.

Of our Toss Up races, 24-year veteran Maine Sen. Susan Collins was proclaimed dead by many Republicans privately, but as of now (6 AM) has 49.5 percent of the vote with about 1/3 outstanding. Democrat Sara Gideon is at 43.6 percent, and even if she got all of the second-place votes in ranked-choice voting from Green-party-aligned independent Lisa Savage, it wouldn't be enough. One has to expect Collins could get some second-place votes to put her over the 50 percent mark. This one remains a question mark, but the trajectory all night long looks far better for Collins. If this holds, this may be the one state that breaks from the 2016 tradition, with voters electing a senator of a different party than its presidential state result.

In races that Democrats were bullish on and even Republicans sounded very wary about holding in the final days, everything came up red. While North Carolina hasn't been called yet, it looks like Sen. Thom Tillis will hang on. It's not clear if it was the sex scandal that Democrat Cal Cunningham admitted to last month did him in, but ultimately this race was tracking very closely with the presidential results in the Tar Heel State too. And up and down the ballot, races were closer than expected. While Democratic Gov. Roy Cooper did win re-election, it was by just 5 points — a far smaller margin than polls had shown.

North Carolina and Iowa looked like the two tipping point states in control of the Senate. Both of those tipped toward Republicans, with Sen. Joni Ernst hanging on against Democrat Theresa Greenfield, who didn't appear to hit the targets in Obama-Trump counties she needed to.

Longer-shot races in Kansas and Texas didn't go Democrats' way either, and while there's a lot out in Alaska, it's hard to see an upset brewing there either.

And in South Carolina, where it looked like Jaime Harrison could upset Republican Sen. Lindsey Graham on the heels of the Democrat's record-breaking fundraising haul, instead, Graham cruised to a double-digit victory. Republicans in the final weeks did think Graham had gained ground after helming the successful confirmation of Supreme Court Justice Amy Coney Barrett. Still, most Republicans did not expect this big of a victory.

If Collins does hang on, that means Democrats' razor-thin hopes of still pulling off a Senate majority would hinge on Georgia runoffs in January. As of now, in the regular election, GOP Sen. David Perdue is right above 50 percent, but enough outstanding votes in the Atlanta suburbs could push him below the threshold and into a runoff against Democrat Jon Ossoff. We already know, as expected, the special election was headed there, and Democrat Raphael Warnock will face off against appointed Sen. Kelly Loeffler. But there are many unknowns here that remain, and given that nothing else last night broke Democrats' way other than the most obvious states, it's an ominous sign.

In Michigan, while Republican challenger John James does have a current lead over Democratic Sen. Gary Peters, as more absentee ballots are counted, much like in the presidential race, we expect to see those leads flip.

So that means the only plausible remaining paths for Democrats to a Senate majority are for Collins to continue to drop enough it's feasible she could lose in a ranked-choice voting scenario, with Democrats then needing at least one Georgia runoff race, or just the special election if Perdue holds his 50%+ lead. Otherwise, if Collins wins, Democrats must win both runoffs.

Again, this was far from the most plausible scenario, given that we rated 12 GOP-held seats as competitive but just two for Democrats. Instead, all our Lean races look to go to the party we projected. It just comes down to our seven toss-ups, and the party who had the better night usually sees the Toss Ups break their way. Last night, that was undeniably the Republicans. For a second presidential cycle in a row, Chuck Schumer may see his hopes of a tantalizingly close majority fall just out of reach.

RT @Redistrict: Here's my *very* rough sketch of the non-NYC districts (but including the Staten Island/Manhattan #NY11) proposed in the Ma…