2018 Campaign Ad Spend Will be in the Billions 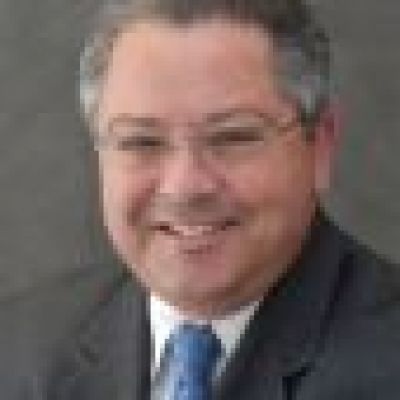 Most money raised in politics is spent on advertising, and believe it or not, even in this digital age, most of those advertising dollars still go to the long-time king of political advertising: television. Even though the last two years have seen lots of bungled predictions, in the realm of TV ad spending, we are undeterred, and predict that TV will win out in 2018 as well. Forecasting the amount and distribution of political ad dollars is not just another sign that the election season is starting, but also very big business: The large media companies that own most local television stations and the Wall Street investors who hold their stock have come to rely on the bi-annual infusion of political cash that floods stations fortunate enough to be in the "right" markets.

In 2014, the most recent midterm election, the total TV ad spend was $2.8 billion. It’s tempting to add a few percent to that to account for inflation and call it a day. But that’s far too blunt an instrument; the number and location of competitive contests influences the amount of money campaigns spend in any given year. And there also have been changes in the last couple cycles in the ways campaigns allocate their television advertising dollars.

To get the full picture, CMAG asks the following questions:

There is lots of fundraising energy and enthusiasm on the Democratic side—but how many seats could actually be in play?

A look back at the last four electoral cycles shows that television advertising spending in House contests attracts about 20 percent of all TV ad dollars. We expect this proportion to stay about the same, but keep a close eye on The Cook Political Report to see if the number of competitive House races creeps up, or even spikes—in 2012, for example, there were more than 50 competitive races in the days before the election. In 2014 and 2016, however, there were about 20 percent fewer competitive House contests than in 2012, and ad spending in House races was down by about 20 percent. Exactly when races become competitive also matters: contests that heat up in late October often come too late for significant ad spending.

In contrast, the Senate was heavily targeted in 2016, and we saw a huge jump over 2014 ad spending. There were only 11 competitive Senate races (five fewer in play than in 2014) and the races were not in big expensive markets, but we still saw a 50-percent spike in ad spending. And the Trump effect, for example, sent a good deal of outside GOP money into Senate races that otherwise would have flowed to the presidential race.

At CMAG, we're paying particular attention to governors’ races. Currently, The Cook Political Report rates 17 states in play, and 12 as toss-ups or worse. That’s four more than at a comparable point in 2014 cycle. Furthermore, many of these competitive races are in big states with expensive media markets: Illinois, Florida, Pennsylvania, and Ohio. In 2014, governors’ races composed nearly 25 percent of all political ad spending; that could grow to up to 30 percent this cycle, and not just because of the unpredictable national and state-level political landscape.

Focus on the primaries: If candidates whom most handicappers consider to be weaker general-election contenders are able to win low-turnout primaries, those races will likely be less competitive, and therefore ad spending, and media company profits, could suffer. In short, there is both risk and potential reward for TV ad sellers in this cycle’s gubernatorial contests.

While the Congressional and Governors’ races will likely represent up to 70 percent of political ad dollars spent on television, we will also see TV advertising in down-ballot races. For example, in the states, and among national committees, there is energetic fundraising going toward state legislative races. Why? The clock is ticking, and the stakes are high: State legislators elected in 2018 will be the ones drawing new districts in 2021, which will shape the trajectory of politics for the next decade and beyond.

DACA, tax reform, and health care could also draw national and locally targeted ad dollars. For example, in 2015, TV ad revenue got an unexpected infusion of cash from the controversy surrounding – the potential Senate vote on – the Iran nuclear deal.

Back to the state level, referendum and initiative spending are wild cards. When folks in California are gathering signatures, look for the dollars to follow. In 2012 and 2016, more money was spent nationwide on ballot measures than on U.S. House races. This cycle, this spend could be up to to 15 percent of the total.

What share of these dollars will different types of TV—national and local, broadcast and cable—attract?

In the presidential race, 2016 was notable for the increase in national network spending on both broadcast and cable TV. Because local ad spending got so expensive in battleground markets, both campaigns apparently calculated that national buys were actually more economical. Obviously, the presidential race is not on the ballot in 2018, so we will not see as much national spending. However, as mentioned above, legislation-driven, issues-related spending is possible, and may go down the same way, with enough markets in play that national buys just might make sense. Health care, of course, continues to merit careful attention.

And now to the always-delicate question of local broadcast versus local cable spending. The share spent on local cable (ads seen on cable stations only on particular systems or in particular markets) has steadily increased over the last few cycles. While estimates vary, and depend on the race, local cable probably captured about 25 percent of local ad spending in 2016. We expect that number to continue to creep up. In the current Virginia governor’s race, for example, nearly 30 percent of TV ad spending has been on local cable. The cable share could be even higher than that in House and down-ballot races, as was the case in the special election in Georgia’s 6th congressional district, where cable-system targeting allowed more efficient spend in the pricey Atlanta media market.

So, what’s our projection? $2.4 billion for local broadcast and $850 million for local cable. Whether that number is higher or lower will depend in large part on the number of competitive House races (and when they become competitive), the outcome of gubernatorial primaries, how many initiatives wind up on ballots across the country, and the issues Congress chooses to take up. And, of course, those pesky unforeseen circumstances.

For the first time, CMAG will also forecast digital ad spending. The estimated total for digital in 2016 was between $600-$700 million. For 2018, we project a spend total of $600 million driven mostly by advertising done on Facebook, despite recent headlines.

The Internet’s allure that allows political advertisers to create customized messages to groups of persuadable voters is becoming increasingly hard to resist. The video format that has worked so well on television has found a new home and a new mission on the web. To this end, the political and commercial advertising sectors are on the same path. Plus, the web companies have done a consistent and excellent job of stressing their capabilities and efficiencies across the political world and that message keeps resonating with campaigns and their media buyers.

The Night the Republican Lights Went Out in Georgia

Independents on the Mind as Georgia Runoff Nears Close