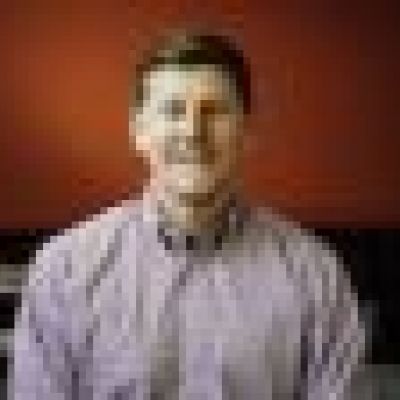 Just before 10 AM on November 22nd, 2019, we received one of the most important emails of the year, a station let us know that they had received their first order from Mike Bloomberg's not-yet-announced presidential campaign. It was set to start just three days later. The buy wasn't fully reported, but it was clear that it was massive. Indeed, Bloomberg's initial week-long buy was the largest television buy of all time, surpassing the previous record held by Barak Obama from 2012. Bloomberg went on to spend $586M on his presidential primary bid, far more than any candidate had ever spent. But remarkably, he did not finish 2020 as the highest spending candidate of all time. Eventually, more than $9B would be spent on political ads from 1/1/2019-1/5/2021, twice as much as any previous cycle. Starting with the record-breaking Bloomberg buy, and finishing with the most expensive Senate races of all time, the 2020 political cycle far surpassed the historical baseline for political spending. 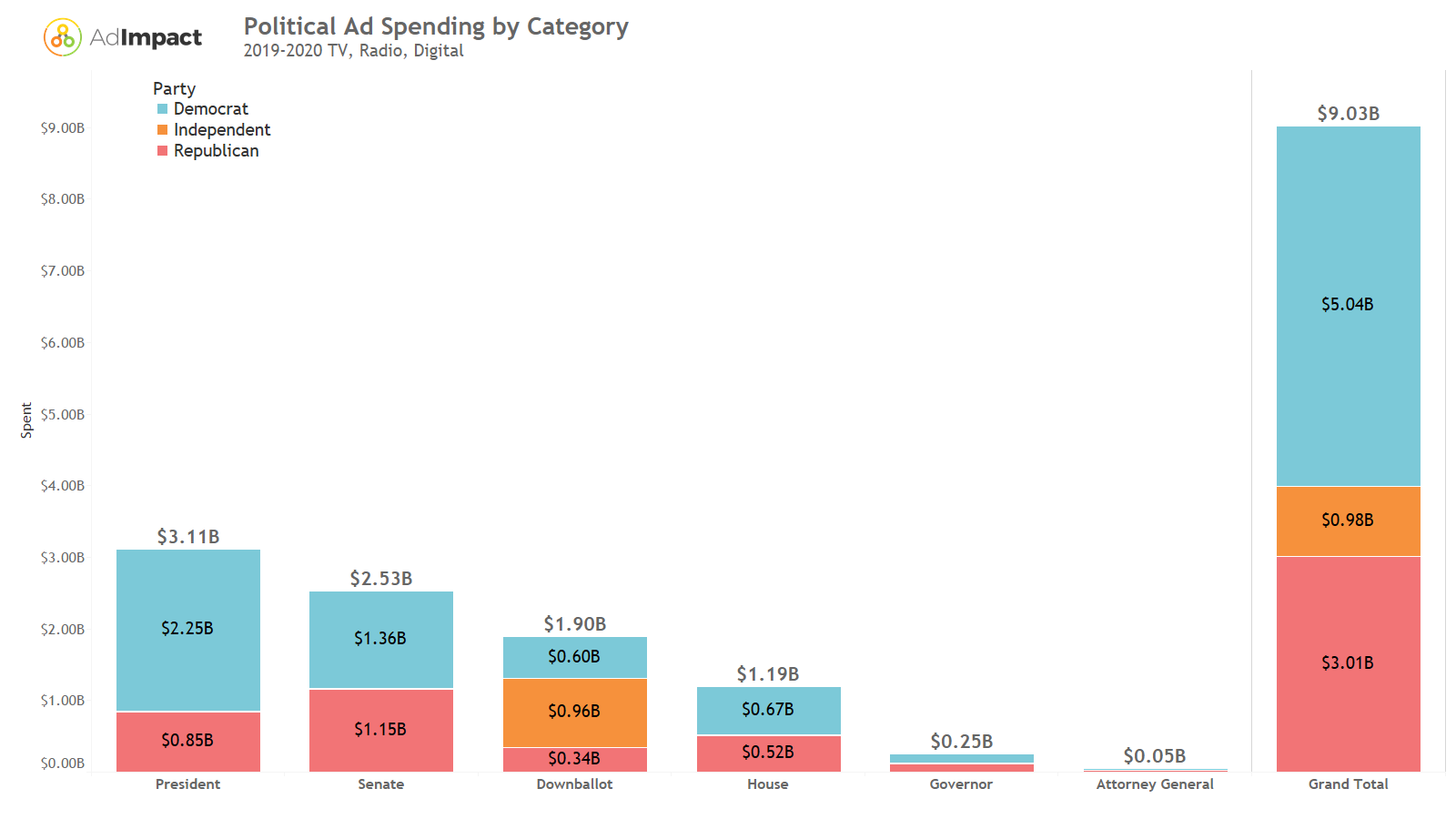 $3.1B was spent on political advertising in the 2020 presidential race. For context, only $855M was spent on the entirety of the 2016 presidential race. The massive sum of presidential spending was largely driven by record-breaking candidate fundraising. Bloomberg set a record for spending that seemed unlikely to be broken. But Joe Biden overcame an initially slow fundraising start to set the record for spending by a presidential candidate at $663M. Trump also surpassed previous spending records, ultimately spending approximately $570M, including joint spending with the RNC. Biden, Bloomberg, and Trump ultimately accounted for nearly 50% of presidential advertising dollars. Both Biden and Trump were buoyed by large amounts of independent expenditures on their behalf as well. Future Forward, Priorities USA, Independence USA, American Bridge, the Lincoln Project, and Unite the Country spent a combined $350M on Biden's behalf. On the GOP side, America First Action and Preserve America PAC each spent over $100m backing the President. President Trump drove fundraising on both sides of the aisle once he assumed the Presidency. Will both parties be able to maintain this same fundraising without his galvanizing presence at the top of the ticket?

Spending in Senate races increased massively, jumping nearly 150% from 2018 to finish at $2.5B in 2020. Despite a slate of states that are not typically known for expensive advertising rates (South Carolina, Iowa, Montana, Maine), 9 of the 10 most expensive Senate races of all time occurred in 2020. Ten races surpassed $100m in spending, and four topped $200m. The Ossoff-Perdue contest finished as the most expensive Senate race of all time, totaling $412m in spending with the runoff included. That is nearly half of what was spent in the entire 2016 presidential election. Ossoff became the highest spending senate candidate of all time with the $122m he spent to beat David Perdue. Perhaps even more impressive was the $85m that Jaime Harrison spent in South Carolina, wich is not a state notorious for high levels of political advertising. With control of the Senate firmly in the balance, 2022 could rival 2020 for political spending. The 2022 contests will take place in more large, traditionally expensive seats like Florida, North Carolina, and Pennsylvania, and will have the potential for high profile challenges to Republican incumbents; that spending will be worth watching. 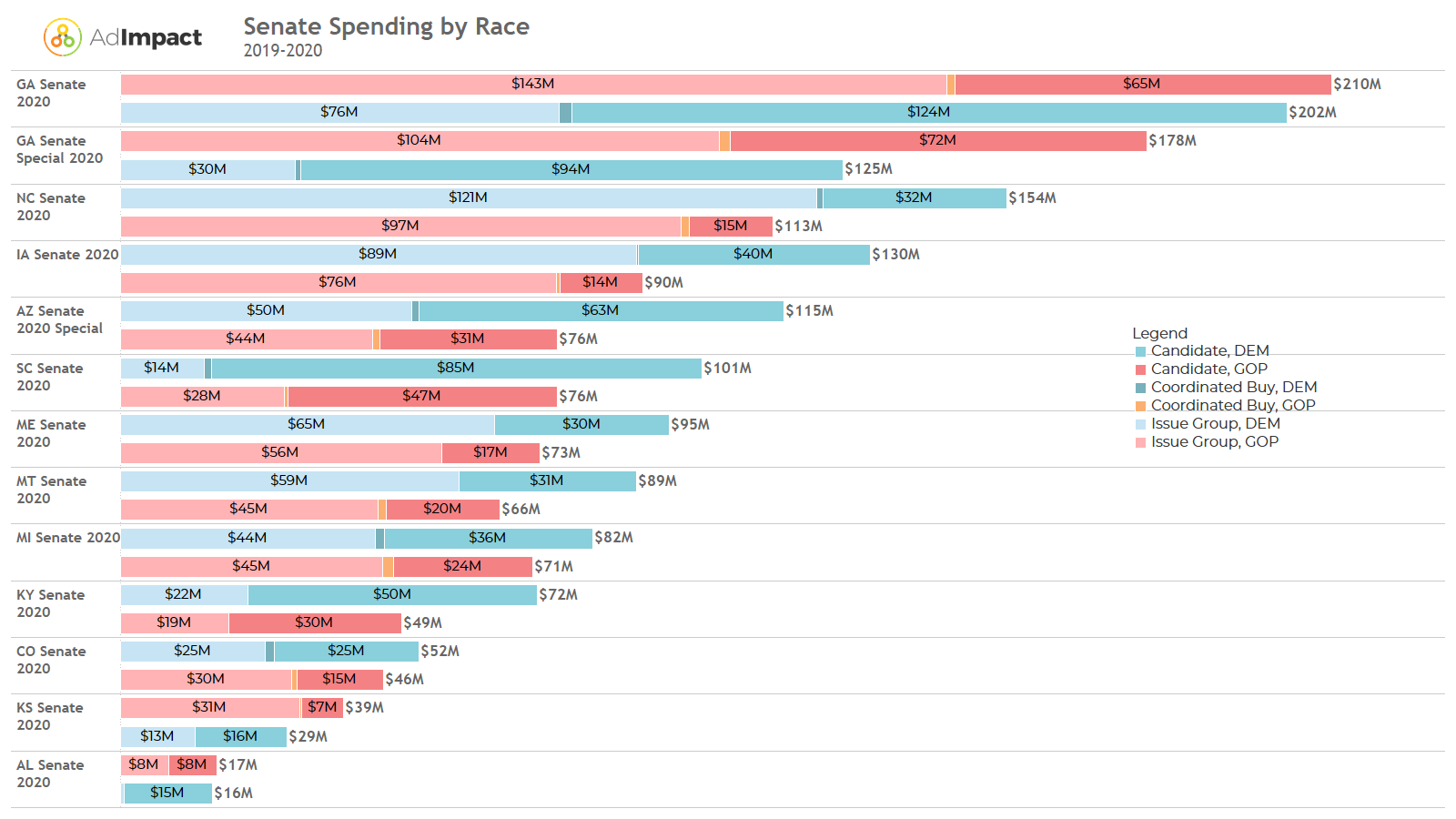 Despite being largely overshadowed by the battles for control of the Presidency and Senate, House spending remained relatively steady after experiencing a massive jump from 2016 to 2018. We will likely see another jump from 2020 to 2022 as the GOP unexpectedly picked up several seats, giving Democrats only narrow control over the chamber. Redistricting will likely have a major impact on the battle for control and might pit incumbents against one another. Another factor to watch is a possible wave of primaries. Republicans are already queuing up to challenge the members who voted to impeach Donald Trump, and a potential third, Trump-backed party looms. 2020 did have twelve House seats reach $20m in spending, four more than in 2018. It also saw the highest spending "normal" (not including the 2017 GA-06 Special) House race of all time in NM-02, which became the first non-special election House seat to reach $30m in spending.

To download our full recap of the 2020 political cycle, click here (note: written before the Georgia Senate Runoffs). Galvanized by President Trump at the top of the ticket, 2020 saw record-breaking political spending across the board. Though 2022 will not have a presidential race at the top of the ticket, both Congress houses will be firmly up for grabs. Additionally, most of the nation's governors will be up for reelection. These races don't tend to garner as much attention as federal races, but 2018 Gubernatorial races saw more spending than either the House or Senate. We may not reach $9B in political advertising in 2022, but it's likely that big fundraising and big spending is the new normal.