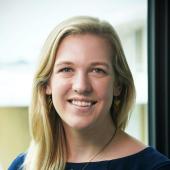 During her tenure, her leadership has galvanized exponential subscription growth and expanded the Cook Political Report's footprint in its transition from print to digital publication. She executed the 2017 redesign of the website.

Originally from Dayton, Ohio, Ally holds a B.A. in government from Georgetown University.